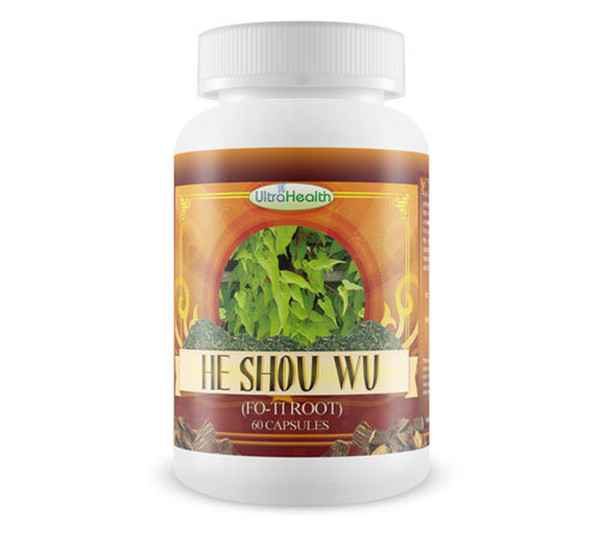 Everyday Health Fo-ti is prepared in accordance with ancient Chinese medicine. Supports overall general health and well-being and has been long been used as a longevity tonic.

Fo-ti also is known as He Shou Wu (Chinese), flowery knotweed, climbing knotweed, and Chinese cornbind is a climbing plant that’s native to China and is also grown in Taiwan and Japan. It's a herb whose roots are used in traditional Chinese medicine as a longevity tonic and for many other conditions.

Legend has it that famine struck the village of a man named Mr. He. While most people left to find food and temporary work, Mr. He was too sick to leave. He gathered and ate wild plants and roots to keep from starving. One of those was the bitter fo-ti root, which the villagers hadn’t previously eaten. Gradually, Mr. He regained his health. His complexion brightened. He fathered a son. And his graying hair turned black again. Ever since then Fo-Ti has been called He Shou Wu, which translated means "black-haired Mr. He". Then there was Chung Yun, a famous Chinese herbalist who reportedly lived to be 256 years old, used Fo-ti on a daily basis. This herb is thought to have been responsible for both his long life and his legendary sexual prowess, (he was said to have had 24 wives and over 100 children).

Thankfully, these days we have more to go on than just folk legends. Modern research indicates that this herb contains an alkaloid that has rejuvenating effects on the nerves, brain cells and endocrine glands. It stimulates a portion of the adrenal gland and helps to detoxify the body. Hair health, energy, and vigor are the products of this rejuvenation.

Adults: Take 1 capsule, twice per day, on an empty stomach.